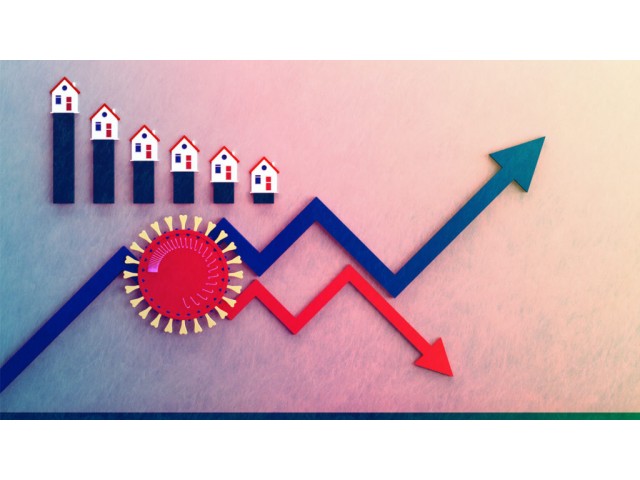 "Why do house prices continue to rise around the world, despite the difficult economic situation?"

During the global recession of a decade ago, housing prices fell by an average of 10%, creating a loss of trillions of dollars worldwide. Although the housing market has not been the cause of economic unrest this time around, investors and homeowners are still preparing for the worst as it is clear that Covid-19 will lead the world economy into its deepest recession since the Depression of the years 1930.

During the second quarter of 2020, house prices rose in most middle- and high-income countries. The price of luxury properties rose at an annual rate of 5% .The stock prices of companies that manage real estate fell with a quarter in the initial phase of the pandemic, but the latter have recovered most of their financial loss over the autumn of this year.

During August 2020, house prices in Germany were 11% higher than a year earlier; the rapidly growing financial potential of South Korea and parts of China prompted authorities to tighten restrictions on buyers. In America, the average price increase per square meter accelerated faster in the second quarter of 2020 than in any three-month period recorded during the 2007-2009 financial crisis.

Central banks around the world have cut interest rates by an average of two percent this year, lowering the cost of credit. Studies show that there is always a fairly clear link between lower interest rates and higher house prices. Borrowers are able to get more credit, while others can better manage their existing loans. Owners are willing to pay more for real estate as profits from other real estate typologies fall sharply.

This is not to say that it has become easier for everyone to borrow. In fact, getting a loan has become difficult. Banks, fearing the long-term economic impact of covid-19, have severely restricted high-risk loans. British banks, for example, are offering fewer mortgages. In America, there is evidence that since the beginning of the pandemic, a good number of banks have taken steps to strengthen lending standards.

Fiscal policy, the second factor, may be more important in explaining rising prices. In a normal recession, as people lose their jobs and their incomes fall, economic crises largely lower house prices - not only by increasing the supply of homes in the market, but also by leaving former homeowners with a non-assessment good in their credit history, making it harder for them to get loans in the future.

But this time governments in rich countries have subsidized household incomes. The distribution of wage subsidies, welfare schemes and extended welfare benefits amounts to 5% of GDP. In the second quarter of the year, household incomes in the G7 states were about $ 100 billion higher than before the pandemic, even though millions of jobs were lost.

Other measures that directly support the real estate market have been taken by other states as well. Spain, for example, has given borrowers the option to suspend repayment of installments. In Japan, borrowers have asked banks to defer major loan repayments.

The third factor has to do with changing consumer preferences. In 2019 some households spent 19% of their spending on housing costs. With one-fifth of office workers continuing to work from home, many potential buyers may want to spend more on a nicer place to live. There is already evidence that people are looking for a better place to live.

People also seem to be looking for more living space, which is driving up house prices. Data from the largest US real estate portal, Zillow, reports that downtown and suburban property prices are growing at the same rate. It seems more likely that people are looking for bigger homes near the place where they already live. In Britain, detached house prices are rising at an annual rate of 4%, compared to 0.9% for flats, and the market for garden houses is more vibrant than for flats without gardens.

Are prices expected to continue rising?

Governments are slowly overturning their economic bailout plans and no one knows what will happen once economic support for the people ends. High levels of economic uncertainty hamper investment: in America construction has fallen by 17% since the onset of the Covid-19 pandemic. The experience of the recent recession suggests that even when the economy recovers, construction will lag behind thus bringing a lower volume of real estate to market compared to demand.

As can be understood from this preliminary analysis of the real estate market in the world, to shake the established status of high house prices, it may take much more than a deep crisis like today, which is considered the most severe since from the Great Depression of the 1930s.